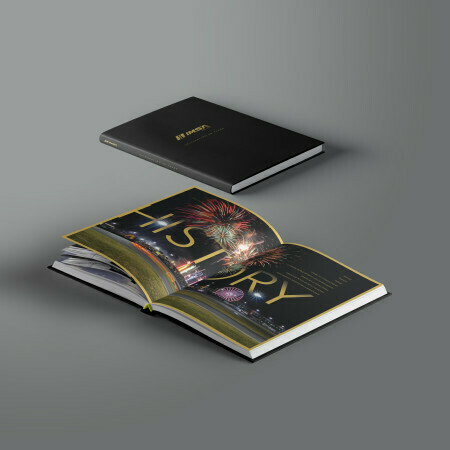 The stories of the drivers, cars, teams, manufacturers, events and executives that make up the storied history of the International Motorsports Association (IMSA) will be unveiled Saturday in a hardcover commemorative book at the Rolex Monterey Motorsports Reunion at WeatherTech Raceway Laguna Seca in California.

In partnership with Racer Studio, “IMSA: Celebrating 50 Years” is a significant element of the sanctioning body’s golden anniversary that takes place in 2019. The book follows the history and experiences of these cornerstones from the story of its formation between John and Peggy Bishop and Bill France, Sr., to the first race at Pocono in 1969, to its current standing as a highly regarded sanctioning body that will lead seven motorsport platforms in 2019 including its flagship – the IMSA WeatherTech SportsCar Championship.

“To understand and appreciate where IMSA is today, you must know its history,” IMSA President Scott Atherton said. “This extraordinary book will be a must-have for any fan of sports car racing, as it captures the spirit of everyone that has been involved with IMSA. The stories and photography promise to keep a reader turning the pages as they will have the opportunity to experience the many storylines that have contributed to IMSA’s colorful past, its current success and bright future.

“On behalf of everyone at IMSA, I would like to thank Paul Pfanner, George Tamayo, Molly Binks, the remainder of the Racer Studio staff and the book’s many writers and photographers for a job well done in helping us present our history within the covers of this keepsake,” Atherton added.

Within its 216 pages lie the tales of the people who have made IMSA what it is today – the premier professional sports car racing organization in North America. Racer Studio assembled a talented and knowledgeable group of writers that have covered the sport for years and accessed numerous photo archives to bring to life amazing memories of the past while bridging the decades to the IMSA of today.

The list of contributors to the book read like a who’s who of motorsports journalists that have traveled around the world to cover the sport. This group, which has over 150 years of either writing about, driving in or participating in sports car racing,includes David Phillips, Jonathan Ingram, George Levy, Gary Watkins, Jim Mullen, Matt Cleary and George Tamayo

Highlights of the book include the history of IMSA entitled “A Winding Road Has Many Apexes.” Two chapters cover “Cars, Teams and Manufacturers,” with the first one looking at from 1970-1999 and the second from 2000-2018. The “Events” chapter includes the iconic tracks the championship races such as the Rolex 24 At Daytona, the Mobil 1 Twelve Hours of Sebring and the Motul Petit Le Mans but then takes the reader back in time to races at tracks such as Riverside in California and Miami street courses, among others, to replay great contests from the past.

The task given to a panel was to select the best of the best by looking beyond records to create a list of drivers who are linked with the story of IMSA. Choosing these drivers was never going to be easy but, in the end, a list of 50 great drivers in IMSA history was compiled with 10 receiving unanimous nominations.

The foreword is written by IMSA Chairman Jim France and the publication also includes a list of winners including drivers, teams and manufacturers, of every IMSA race through the middle of the 2018 season.

The limited edition book is on sale now by visiting imsa.com/50 and will be available at race weekends during the final stops on the 2018 schedule as well as in 2019.

Save this product for later
Display prices in: USD